“Dangerous” and “pointless” fogging machines are being used throughout the UK in high-risk settings, such as care homes and schools, in an attempt to clean the air of Covid particles.

The machines work by spraying a hazardous mist of disinfectant into the air, but the World Health Organisation does not recommend their use. UK government guidance says: “Disinfectants applied as a fog, mist or vapour may reach harmful levels during delivery.”

However, fogging machines are being used in care homes, schools and nurseries across the UK, The Independent has been told.

Multiple homes run by a major care group in England, Scotland and Wales use the machines on a daily basis, it’s understood.

In one of the group’s homes, a fogging machine was used in each room “every other day” following an outbreak of Covid-19.

The daughter of an elderly resident at the home, who asked to remain anonymous, said: “I was not at the time familiar with what fogging is, and certainly was not made aware of anything contentious about the process or its potential health risks.

“It was described as a common procedure for combatting insect outbreaks, using an aerosol spray, blower and hot vapour to keep it airborne for longer, but no detail was given as to why this was being used in relation to a Covid outbreak, or the scientific basis for this.

“We were given the impression this should reassure families that the care home was doing everything it could to protect our loved ones, and contain the spread of Covid.

“Simultaneously the residents were required to isolate in their own rooms, so to find out recently that fogging carries risks to the lungs, and has no factual basis for fighting Covid, is very concerning.”

Dr Adam Squires, a biophysical chemist at the University of Bath, said that fogging machines are “somewhere between pointless and dangerous, depending on how you use them”.

“The problem is that you need to keep the air clean of Sars-CoV-2 while there are people in the room, because that’s when almost all infection occurs: people constantly giving out potentially infectious respiratory aerosol whenever they talk or even breathe; and other people breathe it in,” he said.

“They might be able to disinfect the air in a room that doesn’t have anyone in it, but that’s pointless.

“Even if you disinfected the air just after one group left, before you let another group in – you’d need to completely ventilate the room to make sure you’d cleaned out all of the chemicals from the air.”

The Independent has been told that nurseries and schools in England are also using the devices.

In the south of England, a preschool nursery has drawn criticism for deploying a fogging machine in its classrooms.

One parent, with a background in public health, told The Independent: “They billed it to us that it cleans the air and also cleans all the surfaces and everything. But we were obviously quite concerned about the chemicals that were being used, and the impact that would have on our children.”

Schools in Lancashire and Nottinghamshire are also using the machines, according to parents who have spoken to The Independent.

Guidance from the Health and Safety Executive says that “people should not enter rooms being treated by UV or disinfectants applied as fog, mist or vapour.

“Disinfectants applied as a fog, mist or vapour may reach harmful levels during delivery.”

The parent at the nursery said the government needed to better communicate to schools that the fogging machines aren’t suitable for tackling Covid outbreaks or cleaning the air. Instead, she said, more investment needs to be made in so-called Hepa machines.

These purifiers have a fan to draw polluted air into the device. The air then passes through a filter, usually made of fibreglass, paper or mesh, designed to catch the tiny particles. The purified air is then pumped back into the room.

Early data suggests that Hepa machines are highly effective in cleaning Covid particles from the air, and research is under way to determine how they can be used in hospital wards.

The government has meanwhile sent out 350,000 CO2 monitors to schools to assess ventilation and airflow in classrooms.

Of the nine in 10 schools that received the monitors, more than a third – 34 per cent – found classrooms with consistently poor levels of ventilation, according to a survey by the National Association of Head Teachers.

From news to politics, travel to sport, culture to climate – The Independent has a host of free newsletters to suit your interests. To find the stories you want to read, and more, in your inbox, click here. 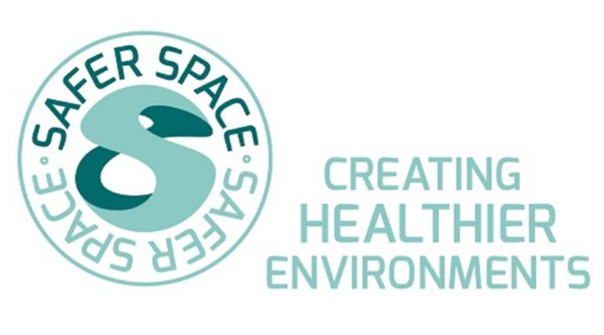